South Lake Leisure Centre in Craigavon, was officially opened by The Earl and Countess of Wessex on Thursday 23 September, as part of a celebratory showcase event held at the leisure facility.

The Earl and Countess visited the centre, which overlooks the stunning Craigavon Lakes, where Their Royal Highnesses were formally welcomed by the Lord-Lieutenant of County Armagh, The Right Hon., Earl of Caledon, KCVO.  Their Royal Highnesses were introduced to the Lord Mayor of Armagh City, Banbridge and Craigavon Alderman Glenn Barr, and Roger Wilson Chief Executive, Armagh City, Banbridge and Craigavon Borough Council.

The Earl and Countess were taken on a tour where Their Royal Highnesses had the opportunity to view the expansive facility and speak to a wide range of staff and specially invited guests with close connections to the centre including; community and voluntary organisations, disability groups, business representatives, sporting groups and local sporting champions from across the borough. 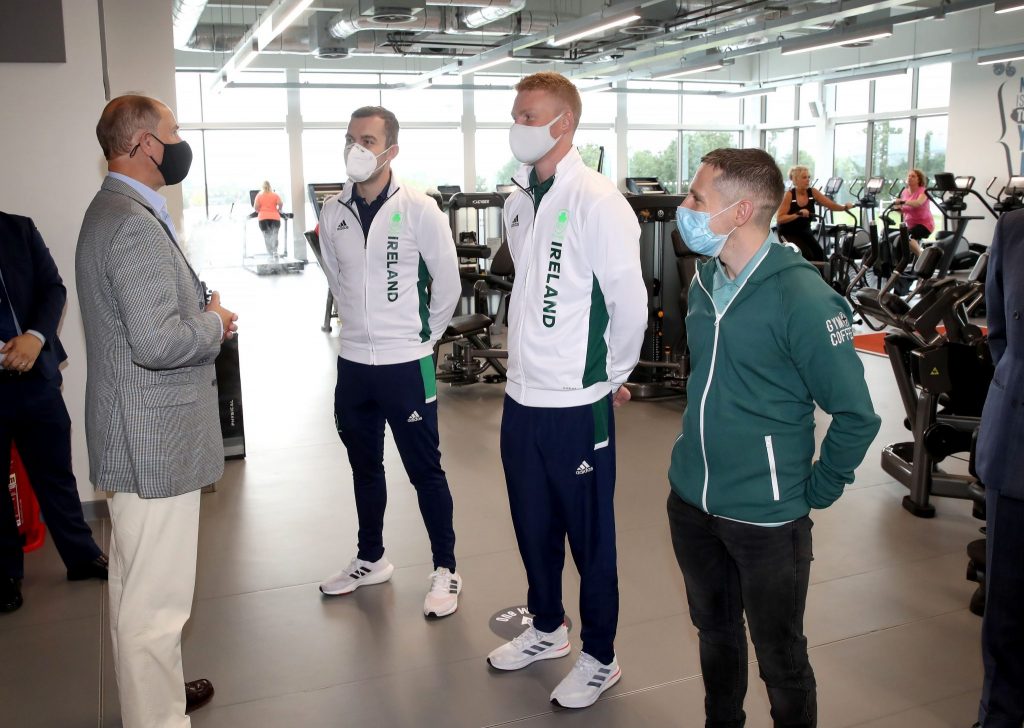 The significant investment in health, fitness and wellbeing committed by Armagh City, Banbridge and Craigavon Borough Council in the landmark state-of-the-art leisure centre was evident as The Earl and Countess toured the impressive facility, taking time to view the 50-metre, eight-lane swimming pool, the 1,000m2 gym, the largest on the island of Ireland, health and wellbeing suite, multi-court sports hall, group cycle and dance studios.  Since opening in November 2020, the centre has attracted over 36,000 visitors, while operating under Public Health Guidelines. 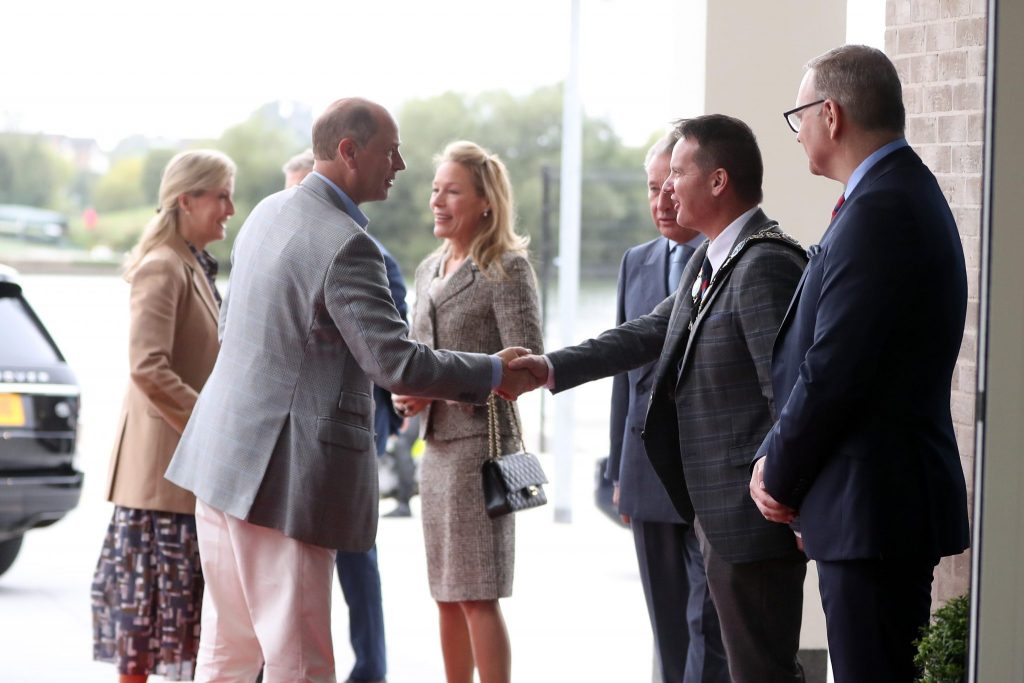 Addressing those in attendance at the official opening the Lord Mayor Alderman Glenn Barr, detailed the vision behind the centre and his sense of pride, saying;

“It is an honour and a privilege today to have The Earl and Countess of Wessex present with us to celebrate the official opening of the largest investment project within our Council area to date, one that we as Members of Council are extremely proud of.  This facility is about much more than just a leisure centre, it has been an ambitious and challenging project that now provides access to a wide range of health and wellbeing facilities for people of all ages, abilities and fitness levels and the impact of South Lake is now a real catalyst for regeneration and investment by others in this entire region.

“It is clear that we have succeeded in the vision which started many years ago with the legacy from Craigavon Borough Council. We are delighted it has now come to fruition with this fantastic facility for everyone to enjoy, and for many generations to come.” 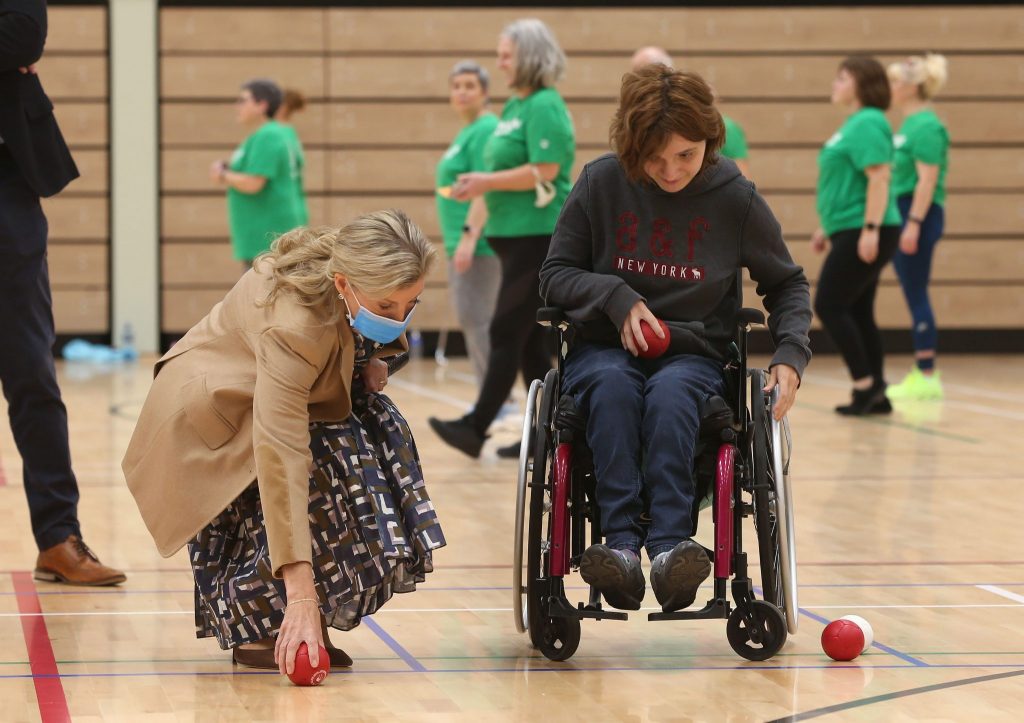 He also paid tribute to the staff involved in the project saying;

“The hard work and commitment of Council staff must be highlighted and acknowledged today, from our Chief Executive Roger Wilson to the Management Team at South Lake, and the many Council officers involved for their hard work throughout this project and over this first year.  I wish them continued success going forward.”

The Earl and Countess met representatives from Farrans Construction, the company responsible for the delivery of the project, where they discussed the many community engagement initiatives undertaken throughout the build process, and the centres lasting legacy.  Their Royal Highnesses heard about the sustainable features of the building, the boost to the local economy, with over 500 jobs created, and the involvement of local students as part of an apprenticeship scheme with Southern Regional College.

The Earl and Countess also met staff at Café IncredABLE, a social enterprise company that manages the Café at the centre.  Their Royal Highnesses heard about the impact the project is having on the lives of the young adults involved. 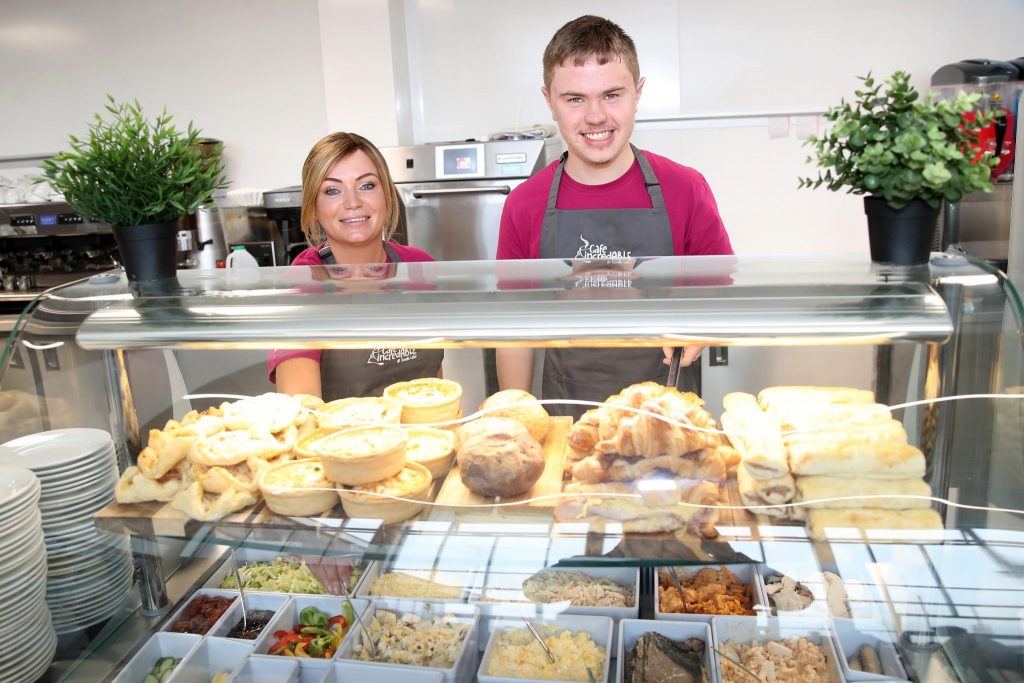 While on tour the Earl and Countess learned about the centres involvement in supporting the vaccination programme by facilitating part of the roll out for the Southern Health and Social Care Trust, meeting staff that were involved.  Their Royal Highnesses also spent time with community and voluntary groups speaking about their role in helping people across the borough during the pandemic.  The close working relationships the groups continue to have in the delivery of assistance with the support of Council during this challenging period, were also discussed.

The visit concluded with the formal unveiling of a plaque by The Earl and Countess of Wessex in the main foyer to declare the centre officially opened.